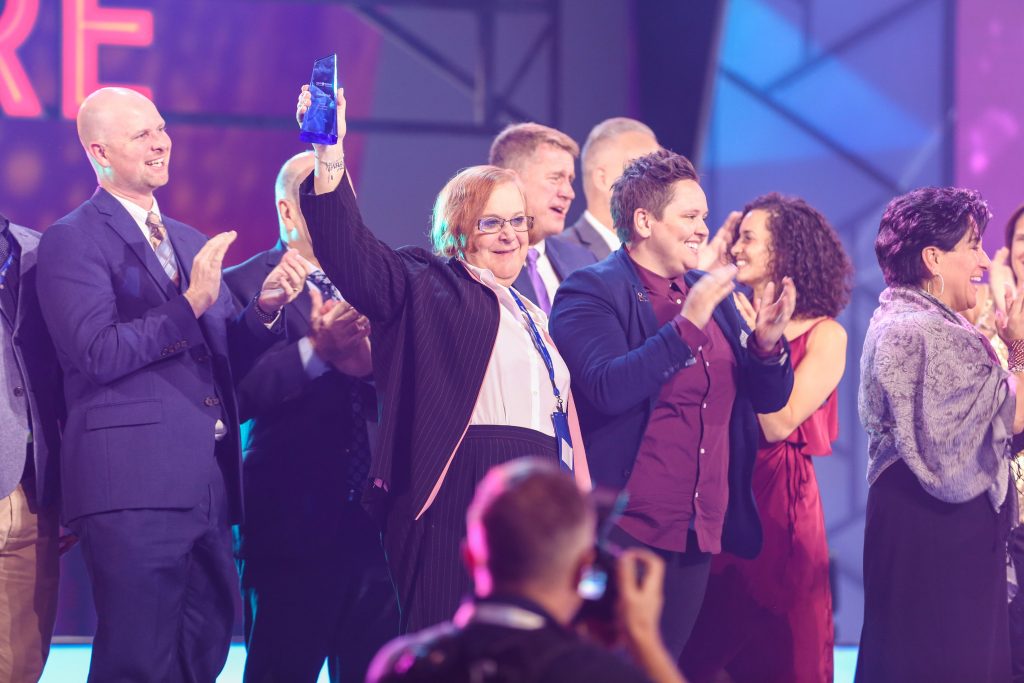 The “Outies” are awarded at the annual Out & Equal Workplace Summit. Outie Awards recognize individuals and organizations who are leaders in advancing equality for lesbian, gay, bisexual, transgender, and queer people in workplaces globally.

Register for the 2019 Workplace Summit

This award recognizes a particular Employee Resource Group (ERG) that has a proven track record of success in the over the course of at least 15 years. An ERG that is continuously elevating diversity, demonstrating change and advocating for LGBTQ equal rights in its workplace.

The Ally Change Maker award recognizes an LGBTQ Ally who has made a significant contribution to advancing workplace equality. This person is action-oriented change maker. They uplift the voices of marginalized groups and have shown a unique commitment to LGBTQ workplace rights and will have used their talents to further that cause, even if at some risk.

This award recognizes an LGBTQ individual who is actively advocating to make their company the best it could be. This person goes above and beyond to push for diversity and inclusion. Corporate advocates are bold and are making a difference outside their company to drive change and equality in their community, their country, and the world.

Outie Award finalists are announced prior to the Workplace Summit. Winners are revealed to much fanfare on stage during one of the Workplace Summit plenaries. A selection committee determines the finalists based on nominations throughout the year. Then an independent panel of business and community leaders decide the winners based on information and references provided for each finalist.

Regional Affiliate of the Year Award
Recognizes an Out & Equal regional affiliate that has demonstrated commitment to the Out & Equal mission through exceptional programming and sound organizational practices.
2015 – San Francisco
2014 – Chicagoland
2013 – Seattle
2012 – New York Finger Lakes
2011 – Houston
2010 – Dallas-Ft. Worth

Special Awards of Distinction
Special awards of distinction are bestowed upon an individual or organization that has made a significant difference or had a major influence in sustaining and growing LGBT workplace equality over an extended period of time. This honor is awarded only when Out & Equal’s Directors and Governing Board want to recognize the outstanding and sustainable contributions of an individual or organization. There is no formal nomination process or form.