The Outies: 2018 LGBTQ ERG of the Year Finalists

The Outie for LGBTQ Employee Resource Group of the Year recognizes a particular employee resource group (ERG) that has a proven track record of success in advocating for LGBTQ equal rights in its own workplace.

In 2017, Bank of America’s ERG completed 15,000 hours of community service with LGBT focused organizations. In September and November, Bank of America launched LGBT Pride chapters and expanded the Ally Program to India and South Korea.  The Asia-Region currently has more than 2,100 members. Bank of America  held a Count Me In! campaign to gather demographic details about their employees based on race/ethnicity, sexual orientation, gender identity, past and current military service, and disability status. More than 87,000 U.S. employees participated in the campaign by visiting an internal site to review and update their personal information. 2017’s participate rate was a 2,310% increase over 2016. This data allows Bank of America to better assess their programs and resources to ensure they are supporting employees in every way possible.

In Their Own Words:  “At Bank of America, we are committed to being a great place to work and driving responsible growth in a sustainable manner. To deliver on our promise, we have to create an environment where all employees feel they have the opportunity to achieve their goals. we believe that diverse backgrounds and experience make us stronger. We respect every individual and value our differences – in thought, style, sexual orientation, gender identity, race, ethnicity, culture and experience.”

Our Favorite Moment:  Bank of America celebrated Transgender Day of Visibility by highlighting by featuring voices of teammates on their employee portal who are proud to bring their full selves to work, providing an opportunity for teammates to gain new perspectives through courageous conversations and training.

The OUT & Allies Network reorganized to a global engagement model in 2017, enhancing their capacity to reach each and every employee within the BlackRock family. The network expanded its presence into Princeton, Delaware, Toronto, Boston, Washington, Edinburgh, Budapest, and Taipei. This marks 18 offices with active board members across all regions of the globe, allowing BlackRock to cross-pollinate best practices and innovate around LGBTQ progress. OUT & Allies increased it’s sponsorship commitment to Out for Undergrad (O4U) and hosted 150 students as part of the O4U Technology conference in San Francisco. In addition, BlackRock hosted the Lesbians Who Tech conference, bringing together nearly 1,000 LBTQ women for networking and lateral recruiting activities.

In Their Own Words:  “The LGBTQ experience of choosing to be authentic at work helps us understand trust, become better fiduciaries and serve the diverse needs of our clients. The OUT & Allies Network supports this by connecting the experience of the LGBTQ community to BlackRock’s principles, creating a culture where employees feel comfortable sharing their stories and bringing their whole selves to work.”

Our Favorite Moment:  As part their global efforts, BlackRock hosted an Out & Equal panel where hey brought together LGBTQ leaders from Tokyo, San Francisco, London, and Princeton to discuss how BlackRock’s long-standing focus on global diversity helps change lives of LGBTQ employees. Erica Seremeta (Director of Global Retail Technology) spoke about BlackRock supported her throughout her gender transition and Joe Crowley (Head of HR Japan) narrated how flexible working arrangements facilitated him and his husband to become fathers.

In 2017, OUT launched five new chapters across their footprint. OUT continued to enhance LGBTQ inclusion and awareness through broadened reach, communications, community and organizational partnerships, business insights and ally engagement and education, supporting Comcast NBCUniversal’s record of LGBTQ inclusion. In 2017, Comcast NBCUniversal also earned a place among DiversityInc’s specialty list “Top Companies for LGBT Employees.” OUT chapters gave back to the community throughout the year by supporting a variety of LGBTQ-related organizations, including the Los Angeles LGBT Center, Rainbow Alley at The Center Advancing LGBT Colorado, LGBTQ Home for Hope, Youthcare, Center on Halsted, William Way LGBTQ Community Center, and the Mazzoni Center. Members of OUT partner with the company’s Talent Acquisition team for recruiting events across their footprint, including Out & Equal’s Workplace Summit, Lesbians Who Tech’s national conference, the William Way LGBTQ Community Center’s SAGE Career Fair, and the National Gay & Lesbian Journalists Association’s national conference. OUT members also partner with the company’s University Relations team to organize and host networking events, and resume and interview workshops for LGBTQ student groups from area schools
In Their Own Words:  “OUT has a record of external engagement in support of LGBTQ communities, consumers and organizations while representing Comcast NBCUniversal as a corporate citizen and employer of choice. In 2018, more than 115,000 Comcast NBCUniversal employees and their families, friends and community partners spent nearly 700,000 hours volunteering at over 1,200 projects in 23 countries around the world. ”

Our Favorite Moment:  As part of their Pride celebration, over 70 OUT members participated in their Talent Acquisition’s #ComcastFacesofPride social media campaign highlighting personal testimonies from LGBTQ employees and allies. The campaign garnered 188,000 social media impressions and nearly 8,000 likes and comments.

In 2017, Cracker Barrel was the recipient of the 2018 Corporate Diversity Award from the Nashville LGBT Chamber of Commerce. That same year, the LGBT Alliance collaborated and partnered with Human Resources, Benefits, and the Chief People Officer to influence the addition and policy change of same-sex spousal Benefits company wide, impacting 74,000 employees. Additionally, the LGBT Alliance conducted passionate Spirit Day Events at the Cracker Barrel corporate office to raise awareness to the epidemic of bullying of LGBT youth which received acknowledgment from Spirit Day founder Brittany McMillan.

Our Favorite Moment:  The LGBT Alliance worked with their retail buyers and the Hinkle Rocker Company of Springfield Tennessee to develop a Limited Edition Rainbow Pride Rocker. Rocking chairs are an iconic symbol of the Cracker Barrel brand and combining them with rainbow pride colors has made a powerful statement. The LGBT Alliance has used these Rainbow rockers to donate for fundraising for various LGBT organizations 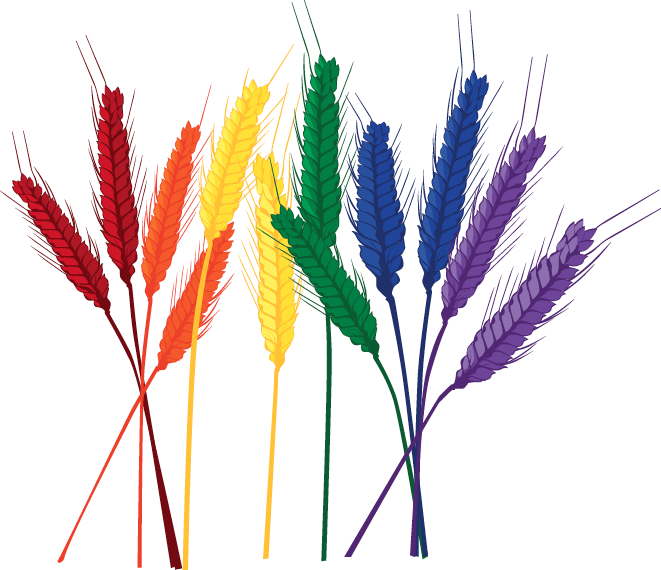 In 2017, the Rainbow Employee Resource Group hosted the first-annual John Deere Pride Week promoting the education, visibility, and engagement of Rainbow to over 20 facilities, 30,000 Yammer users, and 260 of John Deere’s top leaders. They launched the Rainbow ERG video channel on the John Deere internal video channel with five leader videos covering LGBT themes including “Understanding LGBT Terminology,” “Living Authentically at John Deere,” “LGBT Inclusion History at John Deere,” “How to Be an LGBT Ally,” and “Transgender 101.” Complementing this effort, the Rainbow Employee Resource Group launched an “I’m an Ally” video campaign, producing three leader/member videos from 45 participants, including two John Deere Presidents. These videos were rolled out during Pride Week 2017 and have been referenced in subsequent Rainbow engagements. In 2017, the Rainbow ERG membership increased by more than 50% and the “Rainbow & Allies” Yammer group increased by over 200%. Additionally, D&I and Human Resources implemented workplace gender transition guidelines based on personal perspectives from Rainbow members, including some of the first to transition while employed at John Deere.

In Their Own Words:  “The Rainbow ERG places great emphasis on developing allies and nurturing those relationships so our allies grow to become advocates. As a result, we have a strong group of advocates, spanning from factory production employees to senior leadership, who help amplify Rainbow’s voice to ensure it is heard by people who can impact change. These alliances set the Rainbow ERG up for success and ensure we make a difference at John Deere”

Our Favorite Moment:  John Deere launched monthly Rainbow virtual coffee chats. This program facilitates virtual networking so members get to know others regardless of where they are geographically located. All Rainbow ERG members are invited to the call each month, during which three Rainbow ERG members share their company background, personal stories, photos, hobbies, and why LGBT inclusion matters to them inside and outside of John Deere