The Workplace Excellence award recognizes an employer that has a historic and ongoing commitment to pursuing and executing equality for their LGBT employees. This year’s nominees have a history of continually raising the bar of workplace equality for others to follow.

In 2009, Bank of America became one of the first US financial institutions to offer health benefits specifically for trans employees, including gender affirmation surgery. Bank of America partnered with Out & Equal in 2010 to provide training for senior executives on how to create LGBT inclusion and support in the workplace. Since then, Bank of America has created custom training sessions such as Ally 101, Bisexuality 101, and Transgender 101. Together, these courses have been attended by over 10,000 employees.

In Their Own Words: “Through Bank of America’s Ally Program, LGBT employees and their allies are visible throughout every line of business, across 36 countries and 48 U.S. states. Currently, more than 15,000 employees have made themselves visible as allies or by being out at work. Quite notably, every member of the senior management team is registered as a visible ally.”

Our Favorite Moment: Bank of America Merill Lynch was recognized on the Stonewall list of the UK’s top 100 employers for LGBT inclusion and equality, and placed sixth in the financial services category.

BNY Mellon is committed to building a diverse and supportive workforce. They have been able to increase the number of LGBT individuals as well as women, veterans, people of color, and people with disabilities within the company and with their suppliers. In 2015 their foundation and employee financial support totaled nearly a half million dollars.

In Their Own Words: “At BNY Mellon we don’t want our staff to just cope. We want them to thrive and grow in a diverse, inclusive environment. It is only through embracing our differences that we recognize our strengths.”

Our Favorite Moment: BNY Mellon has received a perfect score of 100 in the Human Rights Campaign Corporate Equality Index for 9 consecutive years.

Cisco has been working towards LGBT inclusion and support since the 1990’s when they established benefits for domestic partners and added sexual orientation to their non-discrimination policy. In 2015, Cisco continued working towards inclusion, both locally and nationally, from supporting a Silicon Valley LGBT Movie Night, to lobbying against anti-LGBT legislation nationwide.

In Their Own Words: “Today, Cisco is moving from doing so consistently, early, and quietly, to being led primarily from the C-Suite and driven enthusiastically by leaders of Government Affairs, Legal, Workplace Resources, and site executives. It’s an exciting time for LGBT advancement at Cisco.”

Our Favorite Moment: In 2016, Cisco Systems refreshed guidelines & practices for gender inclusive restroom, shower, and changing room use, and for Safe Travel Choices which empowers employees to choose not to travel to places where their well-being is at stake. 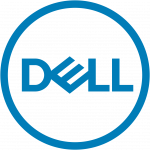 Since 2004, Dell has achieved a score of 100% on the Human Rights Campaign’s Corporate Equality Index every year, and that’s only the beginning. Dell has been making huge strides in the United States, and internationally, Dell launches and participates in amazing programs in Latin America, including the first Transgender Learning Program class in Panama.

Our Favorite Moment: In 2015, Dell was listed #5 on DiversityInc’s Top 10 Companies for LGBT Employees!

Intel has been a major player in supporting their LGBTQ employees and LGBTQ people around the world. Intel sponsors several Pride events nationwide, and has recently opened chapters of their LGBTQ employee resource group, #intelproud, in India, Costa Rica, and Mexico. Intel also signed on the the amicus brief to the SCOTUS for striking down the Defense of Marriage Act.

In Their Own Words: “Over the years, #intelproud has also served as a role model for other ERGs at the company. Our Ally campaign is highly visible at Intel. Senior leaders are seen wearing their Ally badges, which are now also being worn by employees in our clean-room factories.”

Our Favorite Moment: Intel is a continuous sponsor of the Oregon regional GLSEN event with over 200 students and 25 high schools’ GSA members in attendance.

The Outies will be awarded at the 2016 Workplace Summit‬ in Orlando, Florida on October 4th-7th to honor individuals and organizations who are leaders in advancing equality for LGBT employees in the workplace.