2019 is drawing to a close. This has not been an easy year for our community. We have seen attempts at the national, state, and local levels to inflict harm on the LGBTQ community in general, and on the Transgender community in particular.

We saw the Transgender Military Ban take effect.
We saw the Administration gut protections in healthcare.
We saw attempts to repeal rules that blocked discrimination in adoptions.
We saw a terrifyingly high-right of violence targeting transgender people, and especially transgender women of color.

This list goes on. There is much to be worried about.

At the same time, those of us who genuinely believe in equality — who understand that we need to create conditions where more and more LGBTQ people truly thrive — have not been sitting by passively while they go after us. Rather, we have been doing the hard work of building a better future – in organizations large and small, across industries and at different levels.

I draw tremendous strength from looking at what we are doing – and what we are managing to achieve — in this difficult context:

Think about the ways corporate leaders are standing up again and again for equality. It’s the more than 200 companies who stood with us at the Supreme Court by signing onto a friend-of-the-court brief. It’s Cracker Barrel telling an anti-LGBTQ pastor in Tennessee that he can’t hold events at their restaurants.

Think about the ways that more and more people are finding ways to break the mold and create space for nonbinary identities. The moves by U.S. air carriers to add a gender non-binary option when you buy a ticket is just one example!

Think about the legal victories that we have had in unexpected places. Despite the hostility of the political leadership, the Brazilian Supreme Court ruled this year that homophobic discrimination was illegal.

Think about the more than 6,000 people who came together at Summit this year in Washington, DC. We learned from each other. We forged new bonds. We got energized. And we came back to work ready to build more and more inclusive workplaces. And this build on the record high attendance at ExFo in April, where leaders in our work came together for advanced learning.

Think about Out & Equal’s inaugural Southern States Forums, in Dallas and in Atlanta, that are helping to adapt the lessons of what we know works everywhere into the localized context of the American south.

The path for our community will not be linear. We will face setbacks and we will find ways to press ahead. I encourage you to do as I do, and to stop and reflect on all that we have been able to accomplish. Draw on that to give you strength to continue this work as we prepare for what we will face in 2020. 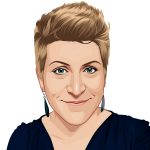