On Thursday, August 2nd, Out & Equal held the Out & Equal LGBTQ India Forum Powered By IBM in Bangalore, India.  The event was booked at full capacity with over 170 attendees from more than 100 Indian and multinational companies gathered to discuss ways to advance LGBTQ workplace inclusion in the country, and to provide a networking space for corporate leaders, NGOs, and allies from a diverse range of industries.  Onir, openly gay Bollywood film director and producer, opened the event by delivering the Keynote Address and stressing the importance of diversity in the workplace and the impact of positive role models. 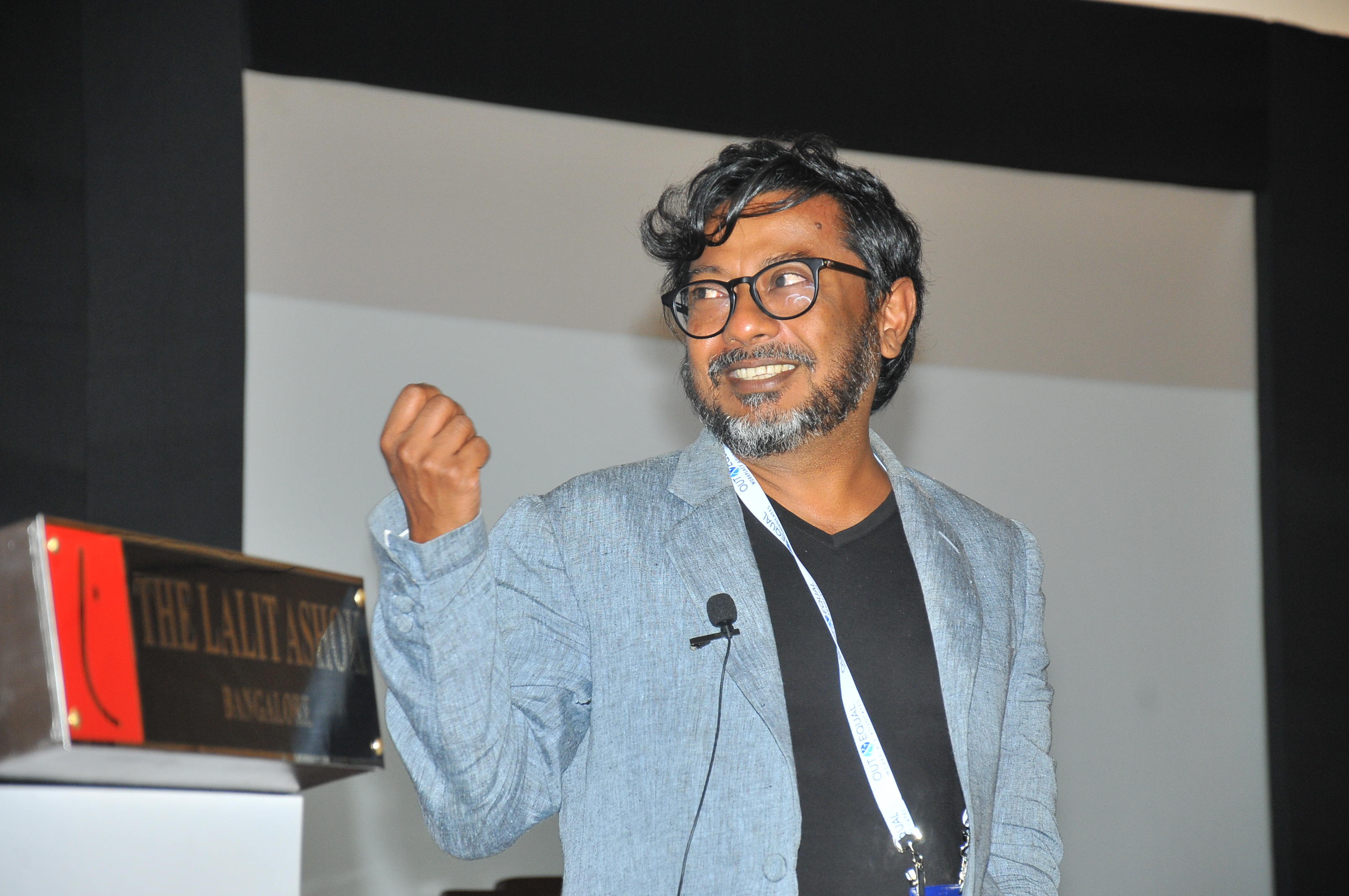 The Forum was organized by Out & Equal with the valuable support of Presenting Sponsor IBM and Leadership Sponsors Intel, Symantec, and Visa, along with supporting organizations Anticlock Films, Interweave Consulting, the LaLiT Suri Hospitality Group, and Xerox.

The day began with an “LGBTQ 101” session to lay the groundwork for the discussions to follow and provide an overview of LGBTQ identities, challenges in the Indian workplace, and reasons why businesses should care.  This session served as a primer for attendees who are newer to the conversation, allowing them to continue the day with background context to inform the discussions to follow.

A palpable, intense energy flowed through the day’s dialogues, with the Forum coming on the heels of the Indian Supreme Court’s decision to hear a challenge to one of the world’s oldest laws criminalizing consensual sex between persons of the same gender, known as Section 377.  This pending decision contextualized many of the conversations on steps forward towards increased inclusion. 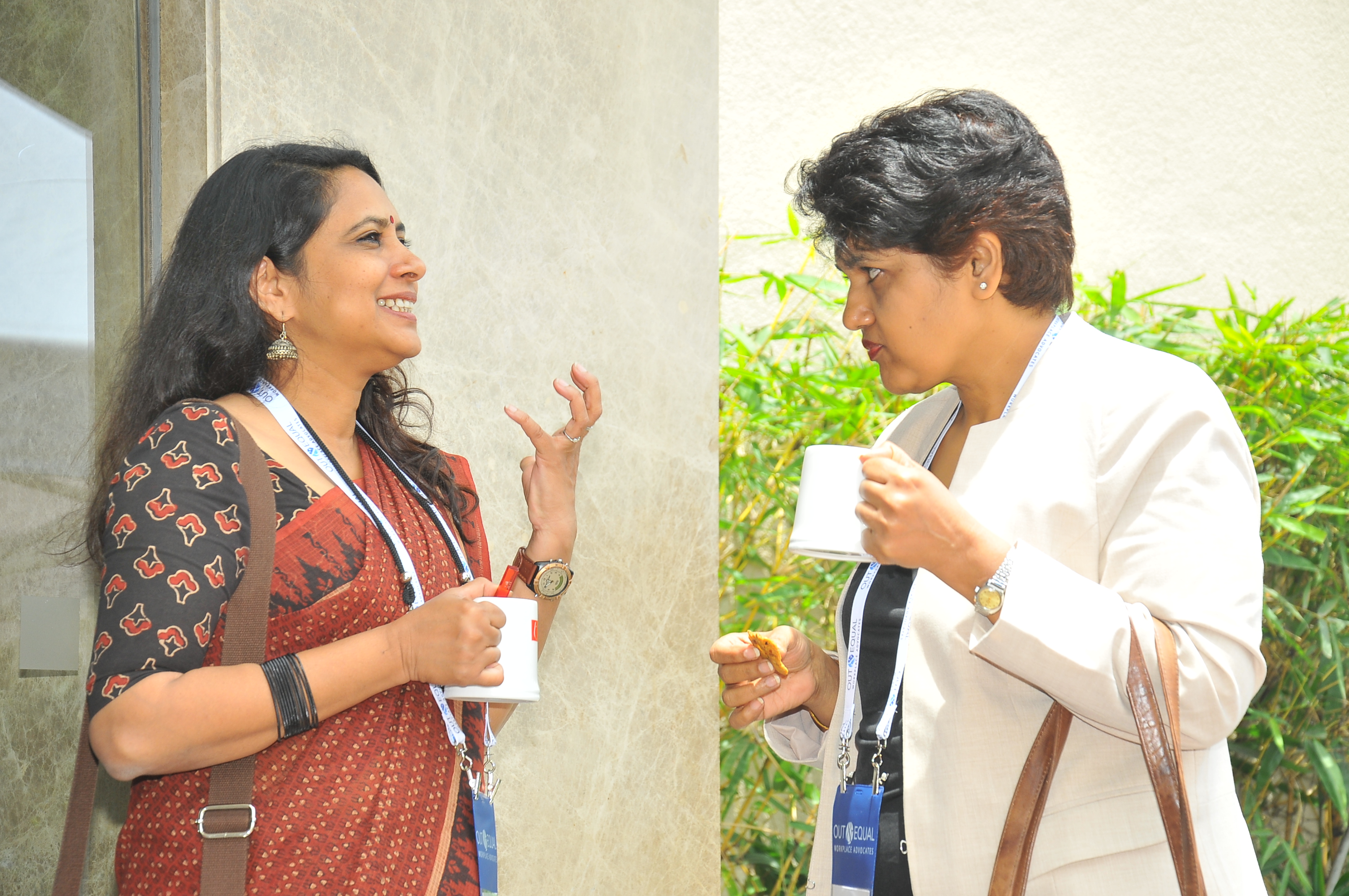 The opening plenary focused on the impact of out executives in India and featured Parmesh Shahani, Vice President of Godrej Industries Ltd., Keshav Suri, Executive Director of the LaLiT Suri Hospitality Group, Sumitra, Researcher and Curator, and Venkat Chittambakkam, Director of Employee Relations and Policies at Accenture. 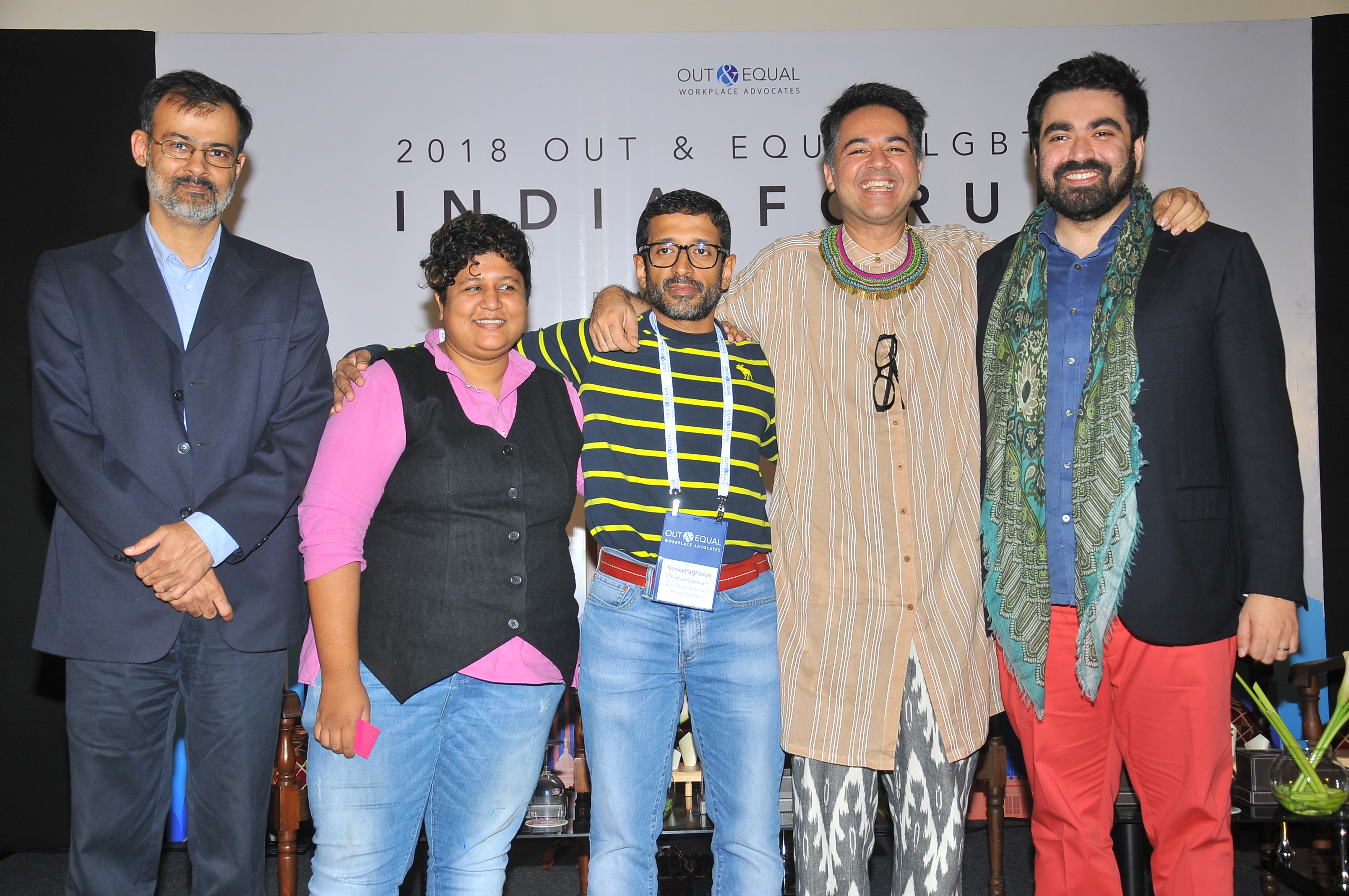 After that, the day was split among two tracks.  Track one consisted of panels intended for companies just starting their LGBTQ inclusion journeys and track two for those seeking best practices in more advanced topics.  Each panel discussion lasted about 45 minutes and left 15 minutes for audience Q&A.  Topics covered in Track One included the benefits of inclusion for businesses, building safe spaces, role models and leaders, and strategies toward building successful ERGs.  Track Two consisted of topics such as technology for inclusion, increasing transgender inclusion in the workplace, and ensuring end-to-end equity from an HR perspective.

Simply put: when you “combine the forces of Out & Equal with the power of change for LGBTQ equality in the workplace”, says Rajiv Desai, Vice President of Inclusion and Engagement at Gartner, “you get a fantastic forum of ideas, best practices, and energy for the way forward.” 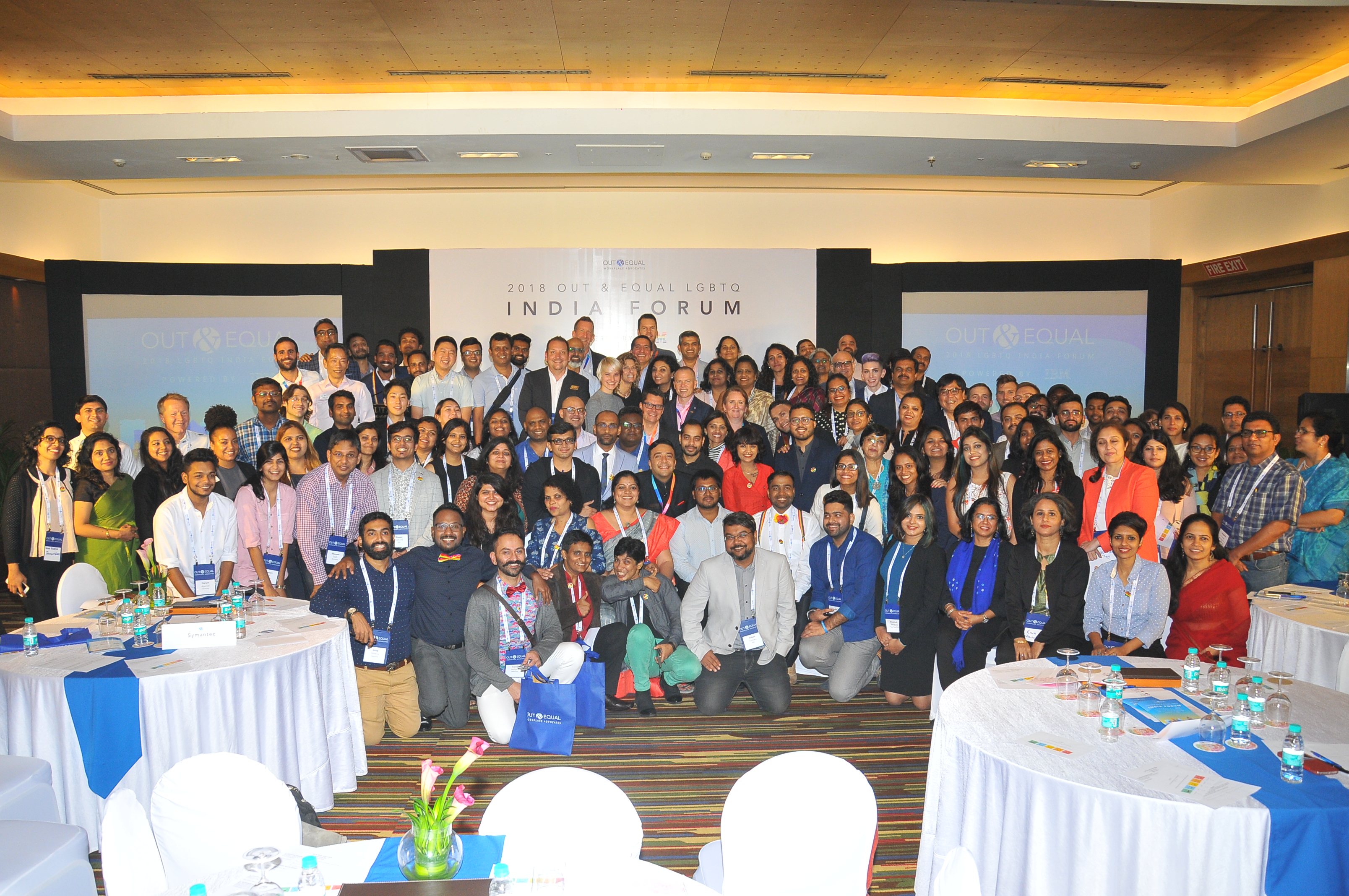 Out & Equal is proud to have hosted the largest-ever gathering focused on advancing LGBTQ workplace inclusion in India.  The program and participants certainly achieved the Forum’s goal of sharing best practices from a cross-industry perspective, strategizing on next steps, and engaging in meaningful networking opportunities.  Out & Equal will be organizing a communication platform for participants to stay in touch and continue to share best practices and ideas.  Moving forward, we are excited to continue these conversations and explore new ways to act as a convener for inclusion leaders in India.  Thank you to all who attended and helped make this Forum a great success!