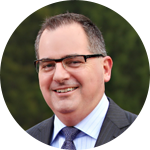 George A. Kalogridis is President of Segment Development and Enrichment for Disney Parks, Experiences and Products.

In this new position, George is responsible for the development of strategic and operational business initiatives while developing and scaling best practices at Disney sites worldwide. He will also lead the Disney Institute and National Geographic Live businesses, leverage his nearly 50 years of experience to serve as a strategic advisor to Disney destination operators, and champion segment initiatives in Diversity and Inclusion.

In September of 1971, at age 17, George began his Disney Parks career as a busboy at Disney’s Contemporary Resort, helping to open Walt Disney World. His unique depth of experience will now be put to use in a highly visible second role: helping welcome the world to Orlando as the official Global Ambassador for Walt Disney World Resort’s 50th Anniversary Celebration.

George previously served for six years as president of Walt Disney World, leading a cast of more than 75,000. He is also a past president of Disneyland Resort.

From 2006 until his appointment to Disneyland Resort, George served as chief operating officer for Disneyland Resort Paris and was responsible for leading the daily operations of the Resort’s two theme parks, seven hotels and the Disney Village. During his tenure in Paris, George oversaw the highly successful 15thanniversary celebration of the resort. He also played an instrumental role in reorganizing operations to help improve both Guest and Cast satisfaction at the Paris site.

Prior to his role in Paris, George served as senior vice president of Resort Operations for the Disneyland Resort, where he played a significant role in the first expansion of the resort – the opening of Disney California Adventure and Downtown Disney. In addition, he was responsible for the daily operations across the resort.

In earlier leadership roles, George served as vice president of Travel Operations at Walt Disney World in Orlando, where he implemented a new Customer Relationship Management (CRM) system that continues to shape how millions of Guests book their travel to Walt Disney World. George also served as vice president of the Epcot theme park, where, in addition to overseeing park operations, he led the Millennium Celebration for The Walt Disney Company.

A graduate of the University of Central Florida, George has long been active in the Central Florida community, serving on the boards of a number of area nonprofits.